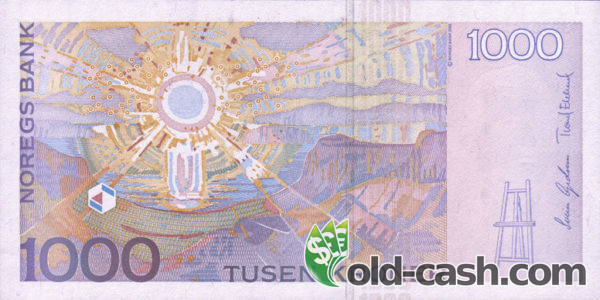 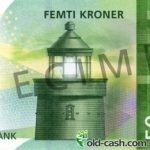 The old 1000 Norwegian kroner bill with the likeness of Edvard Munch was brought into circulation in Norway for the first time in 2001. In November 2020, the bill will be withdrawn from circulation as per the decision of the Norges Bank, which has decided to introduce a new series of five bills with different sea themes on them. On the old bill, there is the outline of the prominent Norwegian painter, mainly recognized worldwide for his masterpieces such as “The Scream” and “The Sun”. The old 1000 Norwegian kroner was produced in a shade of purple along with intertwinedshades of yellow.

How and where can I exchange the old 1000 Norwegian kroner?

Do you have any 1000 Norwegian kroner which are being withdrawn from circulation? Visit our website – old-cash.com and simply add all the bills that you would like to exchange to your virtual wallet. Specify the number, select a currency from the four preferred options, and you will receive the pricing immediately. Your next step is to send your package via courier or mail to our branch in Warsaw, along with the printed exchange form. After our team receives the package, you will receive a transfer to your bank account within a few days.

The currency purchase of old Norwegian kroner and other currencies which have been withdrawn from circulation is also available at our stationary main office. Do come and visit our agency in Warsaw, located at ul. Kobielska 23, inside the Grochow Shopping Mall (Galeria Grochow).

Would you like to know more about the exchange or buying other bills which have been withdrawn from circulation? Contact us via phone at +48 22 390 37 57. You can also send an e-mail: office@old-cash.com to find out how to exchange currencies which are no longer accepted by the other local currency exchanges and banks.

You've just added this product to the cart:
We use cookies to ensure that we give you the best experience on our website. If you continue to use this site we will assume that you are happy with it.OkPrivacy policy